The Three Greatest Upsets In The History Of Sports Betting

Some of the most exciting moments in sports history has been the rise of the underdog to claim victory, and this has also caused some spectacular wins for a fortunate few who dared to bet against the towering odds.

Though it had been a fairly decent season for the St. Louis Cardinals, by September of 2011, they were in a heavy slump, and with only fifteen games left to go, things were looking bad. Las Vegas sportsbooks were offering 500/1 for the team to somehow make it into the World Series, and 999/1 to win it.

There were a few gamblers who, for fun, placed small, casual bets, and then there was a certain anonymous gambler who, despite the odds, decided to lay down some serious money.

Reportedly, the sportsbook MGM refused to allow the man, who wanted to place more, exceed $250 per bet, just in case, and so the man placed $250 on both of the highly unlikely outcomes.

Lo and behold, to everyone’s utter shock, and the gambler’s delight, the Cardinals not only made their way in to the World Series by the skin of their teeth, but later went on to win the World Series!

The first bet won the gambler $125,000, and the second, $375,000! Together with having to payout all the smaller casual bets, it was not a happy day for MGM, or other sportsbooks around Vegas.

When the odds were released for the forthcoming Premier League in 2016, with Leicester City at 5,000/1, it can be safely said that practically no one was expecting what would transpire at the end of the season.

After barely surviving being further down-ranked, and having never won a Premier League in its entire 132 year existence as a club, Leicester City went on to shock the UK, and the world, by actually winning!

It is said that bookmakers in the UK cried as they had to pay out about £25 million for Leicester City bets alone. While only a relatively small amount of people betted on the team, the incredible odds meant that they won big! The smallest bets at 10p cashed £500. Bets of £10 cashed £50,000, and a single lucky person who bet £40, received a handsome sum of £200,000!

Horse racing is also no stranger to world-staggering upsets, and a venue in Ireland holds a record for one of the biggest upsets in all of horse-betting history.

In May of 2017, Mr Coral, an un-named regular of the Punchestown Racecourse horse-racing venue in Eadestown, Ireland, was feeling luck, and on a whim, place a series of accumulator bets of £19 on five horses.

Having to win all five of the bets to receive a payout, the odds against it happening were calculated at a whopping 43,316/1. No one, including the bettor, where at all prepared for what happened next.  Against the staggering odds, all five horses came though, resulting in a monumental single payout of £823,000! 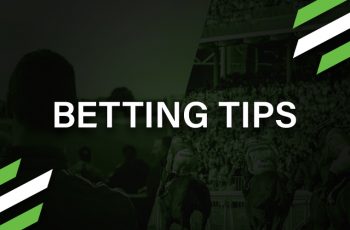 How To Find The Best Online Sports Betting Apps

Best Sports Worth Betting On Online